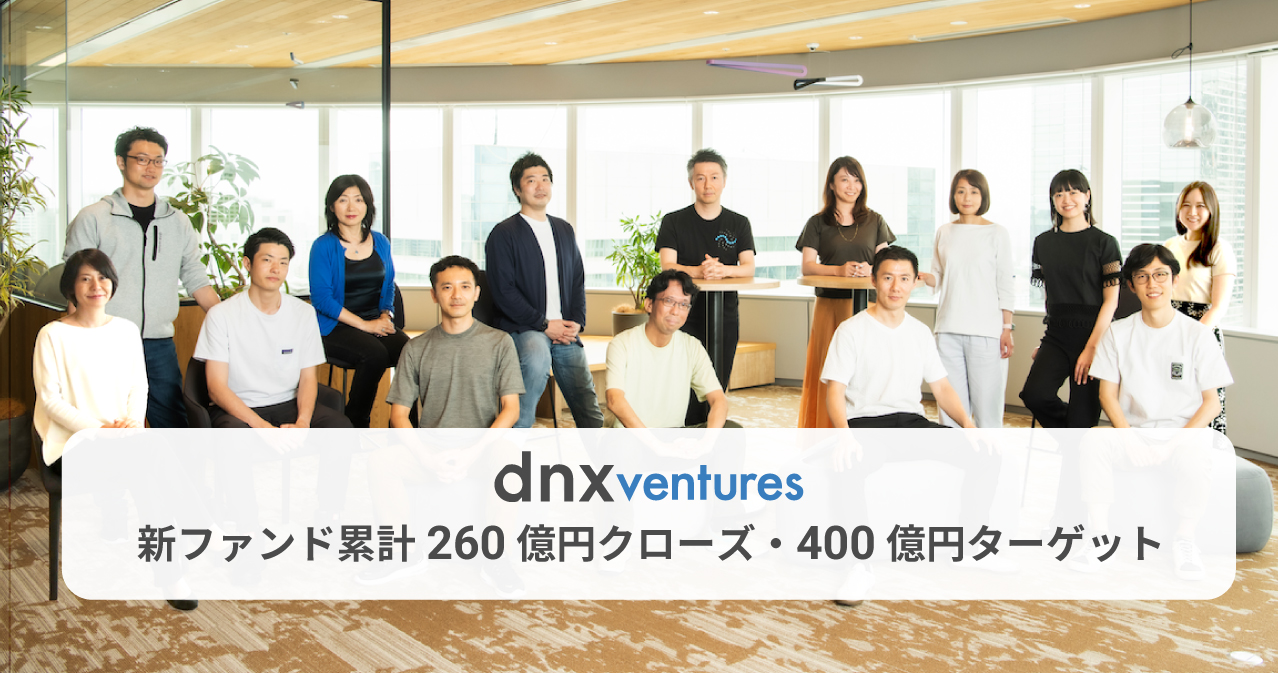 DNX is a venture capital fund with offices in Silicon Valley and Tokyo that has been investing in B2B startups since 2011, primarily in the Japanese and U.S. markets. To date, it has invested in more than 160 startups, mainly in Japan and the U.S., and have led 18 companies to exits, through a total of eight funds totaling approximately U.S. $750M under management, including five main funds and annex/seed funds. Among B2B startups, the main areas of investment are in cloud SaaS, fintech, deep tech, and sustainability, all in early stages.

DNX Ventures has announced the initial close of $110M for Japan Fund IV and $50M for Japan Annex Fund III for follow-on investments, along with the final close of $20M for Japan Seed Fund for seed stage investments, totaling approximately 26 billion yen (~U.S. $179M) across the three funds. This new Japan fund family will enable DNX Ventures to continue to support startups from seed to late stages, and will focus on startups in Japan, possibly including some in the Asia region.

DNX Ventures has already invested in some startups through the Japan Fund IV and "Japan Annex Fund III and plan to make new investments in a phased manner from its investment pipeline, including the seed fund, which was formed last year and targets investments in seed startups. It will continue to invest in B2B startups in Japan, focusing on additional investments in some of the seed fund investees and new early-stage startup investments. In terms of investment areas, the company plans to invest in SaaS-focused B2B startups, leveraging its track record and experience in investing in Japan's leading SaaS startups. 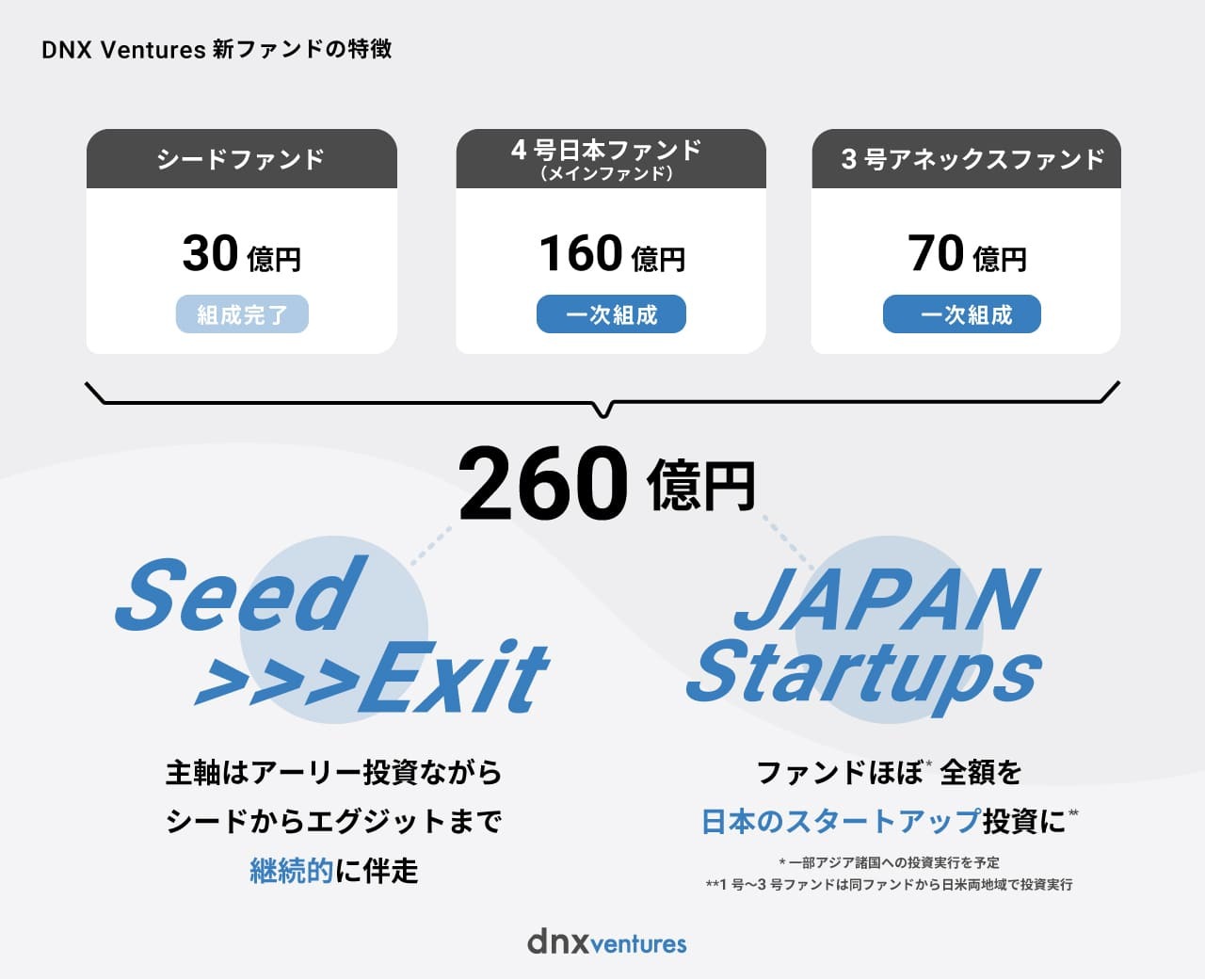