Gmjp led this round, and B Dash Ventures, SkyPerfecTV JSAT, rikka, and 01Booster Capital joined as new investors.

FRAME00 runs blockchain business with in Japan and Switzerland, with the mission of "creating a society where all innovators are valued and can sustainably take on challenges," based on the fact that traditional artisans who create culture that will last 100 years are in a sustainability crisis due to lack of economic recognition. The company was founded in August 2015, focusing on the fact that there is an untapped area and many challenges in the creator economy.

The funds raised will be mainly used for the development of Clubs, a no-code DAO tool, Khaos Oracle, a tool to freely connect between Web2 and Web3, the expansion of their partner ecosystem, and acceleration of business development in Switzerland.

Since its foudation in August 2015, the company got feedback from many creators seeking solutions to their issues, launched an MVP for the open source community in 2018. After its mainnet launch in 2020, OSS developers worldwide succeeded in raising financial support. In 2021, FRAME00 was awarded Northeast Asia OSS Contributor Award for contributions to the OSS ecosystem. The developer community of DEV Protocol now exceeds 500 developers.

As future prospects, in order to meet the diverse needs of the creator economy such as web3 and metaverse, they made an announcement of Clubs, a no-code DAO tool. Clubs has been very popular within their community as it will enable you to easily upgrade your community to web3 by letting you choose templates provided for creators, all with little to no technical knowledge. 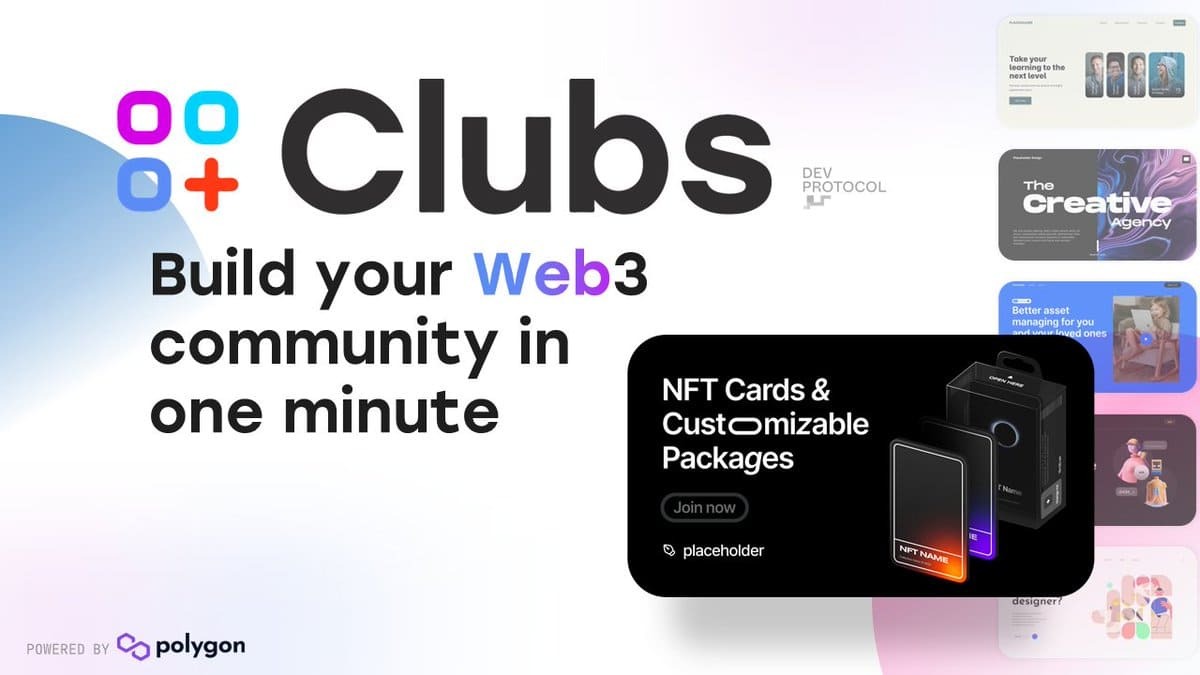