On October 3, 2022, Visual Bank announced that it raised ¥2.1 billion ($14M) along with its founding and acquisition.

Visual Bank is a startup that is engaged in the overall business of connecting "cultural value" and "economic value". After working for Rakuten, Inc. and Crocos, Inc., founding BuzzFeed Japan, managing Weekday, Inc. and selling it to Nippon Television Network Corporation, Yuta Numazawa co-founded Numazawa, Iizuka, and Nagai for Kimberley (now Visual Bank) in April 2022 with Sanayuki Nagai.

At the same time as the funding, Visual Bank acquired all shares of Amana Images Corporation, which has consistently sold high-quality photographs, illustrations, and video materials since its establishment in 1984, and made it a wholly owned subsidiary. Amana Images has been nurturing its stock photo business for 38 years, taking care of and protecting the creations of creators, such as photographers, illustrators, and copyright holders, and bringing them to users who seek high-quality materials. In the future, the company intends to utilize and develop this system to produce services that can contribute to the organization of complicated legal relationships surrounding transactions, the archiving of creations, and the subsequent capitalization of those creations.

It is the first ETA in Japan to be structured using a self-funded search model, and has achieved a shareholder structure in which management retains a majority stake in the company to facilitate medium to long-term growth. 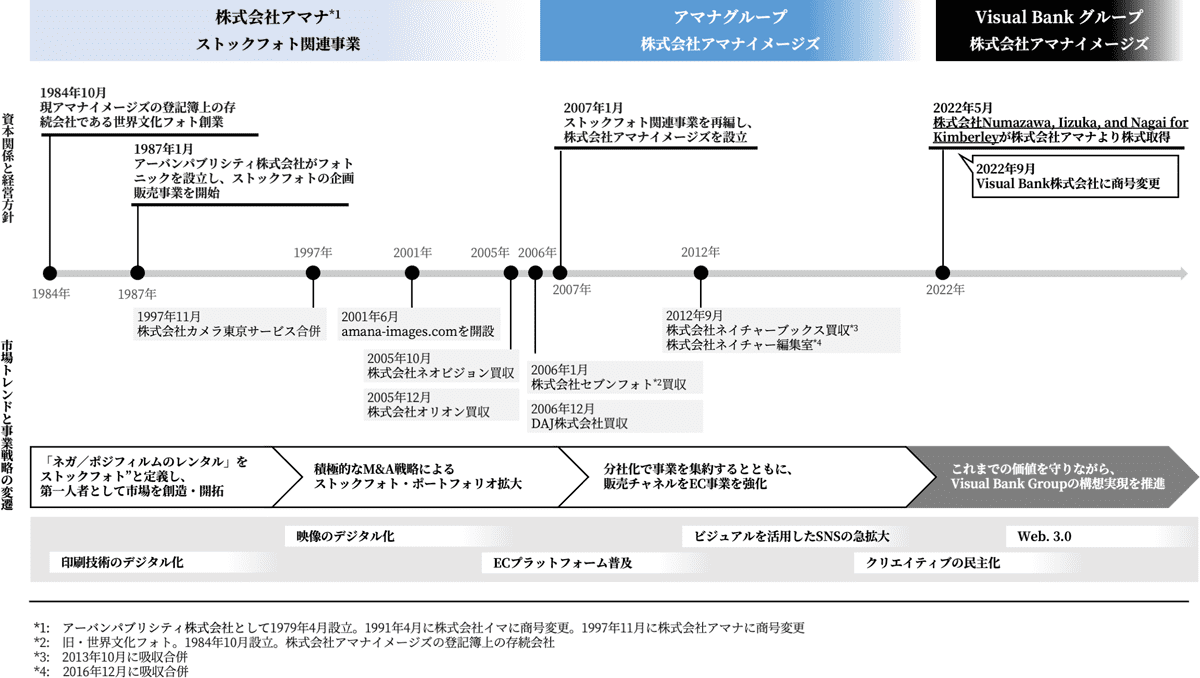 Visual Bank describes the background of its founding as follows:

“Visual Bank was founded to create a society in which the value of creativity is maximized and optimized. By producing services that support the creativity unleashed in the world behind the scenes, we will create businesses that connect "cultural value" and "economic value".